From the kitchen, Alison Roman shares her insights on what you should—and should not—do for Thanksgiving dinner …

Looking for someone who’s “got your back” on your “journey” to “think outside the box”? John Darnton has the “bandwidth” and shares his “takeaways” …

Sara Gay Forden wrote the book on the Gucci murder, and now details the twisted, shocking truths behind House of Gucci …

Spike Carter pages through pulp-fiction masterpieces that have been sprung from the out-of-print hoosegow and restored to their full, colorful glory …

Ruth Peltason reviews the jaw-dropping tale of Christian Dior’s little-known sister who fought the Nazis, was imprisoned by them, and became immortalized with his perfume …

By John Darnton
Illustration by Ross MacDonald
Read On By Sara Gay Forden
Read On Watch Love Life Season One of Love Life—HBO Max’s first original scripted show, which debuted with the streaming service in May 2020—was a multi-year… Wear Michael Kors Calling all real New Yorkers (residents or those who occupy the city in spirit): this holiday season, Michael Kors is here for you… Listen Operator American TelNet, the most popular phone-sex line of the early 1990s, started as a therapy line. Men took the newspaper ads… Watch Love Life Season One of Love Life—HBO Max’s first original scripted show, which debuted with the streaming service in May 2020—was a multi-year…

Wear Michael Kors Calling all real New Yorkers (residents or those who occupy the city in spirit): this holiday season, Michael Kors is here for you…

Listen Operator American TelNet, the most popular phone-sex line of the early 1990s, started as a therapy line. Men took the newspaper ads…

Shine bright like a diamond, thanks to an array of the most eye-catching accessories, jewelry, gadgets, décor, and more that, quite literally, sparkle. It may not be gold, but it’s undeniably alluring My Favorite Things Lizzie Tisch—founder of recently launched curation consultancy, LTD, member of the International Best-Dressed List Hall of Fame, and contributing editor to Town & Country—shares the items that currently have her attention

By Alison Roman
Read On By Nathan King
Read On By Jonathan Margolis
Read On When the imperial Russian goldsmith Peter Carl Fabergé opened a store in London, in 1903, the news met a frosty reception in St. Petersburg. “Now that that silly Fabergé has his shop in London,” complained Maria Feodorovna to her sister Queen Alexandra of England, “you have everything, and I can’t send you anything new, so I am furious.” Exchanging gifts was an important protocol in Edwardian society, a facet of the social balls and weekend house parties that defined a season. Until World War I officially ended the era, it was a golden age of gift giving. READ ON

The Alexander Palace Egg, 1908. Made by chief workmaster Henrik Wigström, the piece is included in a sweeping Fabergé exhibition at London’s Victoria and Albert Museum. 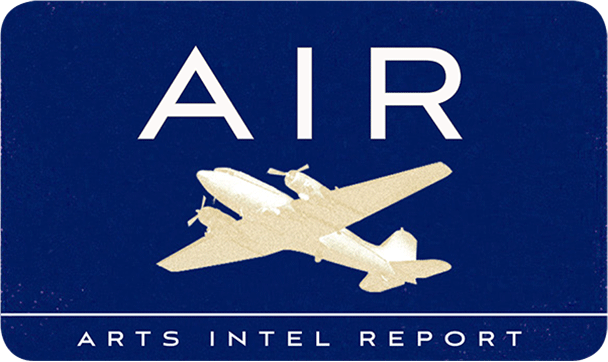 Ready for their close-up: the Gropius Bau spotlights Zanele Muholi’s portraits of the overlooked non-binary community in South Africa …

Glam rock: the redesigned Allison and Roberto Mignone Halls of Gems and Minerals, which includes more than 5,000 stones, is back open at the American Museum of Natural History …

Girls will be girls: a modern twist on Così Fan Tutte, Mozart’s opera about cunning women, takes the stage at the San Francisco Opera …

The Secret History An exhibition at the Jewish Museum sheds light on the story of the famed Ephrussi family, told by Edmund de Waal in The Hare with Amber Eyes

By Sarah Hyde
Read On

She Runs the Table Skye McAlpine doesn’t just kill it in the kitchen; she nails the presentation as well. Now you can, too

By Ashley Baker
Read On Caroline Schiff The Brooklyn chef was in charge of her restaurant’s sourdough starter during the pandemic. She turned the experience into a cookbook filled with epic desserts

By Jensen Davis
Read On

By Spike Carter
Read On

Full Frontal Louis In his 1964 best-seller, The Rector of Justin, Louis Auchincloss shrank from taking on sexual predation in New England prep schools. Four decades later, he made up for it

By Bridget Arsenault
17
Read On

Miss Dior: A Story of Courage and Couture

by Justine Picardie
Read On
Sarah Weinman On

The Sinner and the Saint: Dostoevsky and the Gentleman Murderer Who Inspired a Masterpiece

A young owl gives the camera some serious side-eye …

A British toddler masters the unicycle …

By Alexander Lobrano
Read On

The Cefinn designer answers 56 of life’s most pressing questions

Get ready for Get Back with this collection of Fab Four covers, from Lonnie Mack, Santo & Johnny, Ella Fitzgerald, Doris Troy, and more View on Spotify
Read On